Multi-platinum rock band, Incubus, are gearing up to release their sixth studio album ‘If Not Now, When?’ on July 12. For their latest body of work the band re-engaged renowned producer Brendan O’Brien (Pearl Jam, Rage Against The Machine, Bob Dylan). The highly anticipated new album features lead single ‘Adolescents’, an inimitable showcase of the band’s frenetic rock roots. Delving further into the album, tracks like ‘Promises, Promises’ and ‘Friends & Lovers’ reveal new levels of elegance, space, and psychedelia in the band’s ever evolving sound. 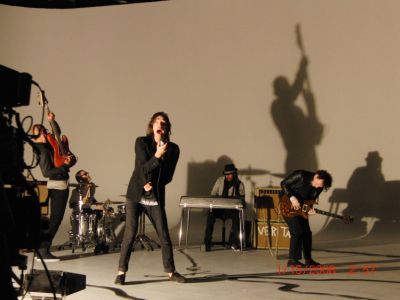 “By about three songs into the writing process, I think we began to understand that we were unearthing something new,” explains Brandon Boyd about the new album. “‘If Not Now, When?’ is our unabashed, romantic, lush, sonic love letter to the world. It’s darker, slower, more rich, more refined, and more involved than anything Incubus has birthed to date.”

Fans who pre-order the album at http://www.enjoyincubus.com/preorder can purchase the physical CD and limited edition 12″ Vinyl. Upon ordering, fans will be immediately sent an Mp3 download of first single ‘Adolescents’ and will automatically receive a digital copy of the album on July 12. ‘Adolescents’ will be available to download as a single on iTunes starting April 19.

Having sold over 13 million albums worldwide, Incubus’ extraordinary career has spanned over a decade, and includes six studio albums, which have spawned a total of thirteen Top 10 Rock hits with four singles debuting at  number 1 upon their release. The multi-platinum quintet’s last studio album Light Grenades debuted at  number 1 on Billboard’s Top 200 (highest charting album debut of band’s career) and has sold over 800k copies to-date in the US.

The band will debut their video for ‘Adolescents’ tomorrow (April 28).