A musical collaboration between Metallica and Lou Reed arrives on October 31. 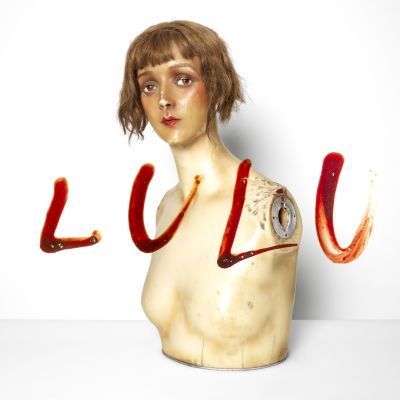 The album ‘Lulu’ emerged after the artists performed together when Metallica were inducted to the Rock and Roll Hall of Fame in 2009.

At first, an idea for Metallica to cover Reed’s canon was mooted, before a change of idea was suggested by the former Velvet Underground frontman.

James Hetfield explains; “It was great when he sent us the lyrics for the ‘Lulu’ body of work. It was something we could sink our teeth into. I could take off my singer and lyricist hat and concentrate on the music part. These were very potent lyrics, with a soundscape behind them for atmosphere. Lars [Ulrich] and I sat there with an acoustic and let this blank canvas take us where it needed to go. It was a great gift, to be asked to stamp ‘TALLICA on it. And that’s what we did.”

The original concept for ‘Lulu’ stems from tracks Reed composed for a Berlin production of the ‘Lulu’ plays in April 2011, with infusions of Frank Wedekind’s ‘Pandora’s Box’ and Edgar Allen Poe’s ‘The Raven’.

Reed observes; “We had to bring Lulu to life in a sophisticated way, using rock, and the hardest power rock you could come up with would have to be Metallica. They live on that planet. We played together, and I knew it: dream come true. This is the best thing I ever did. And I did it with the best group I could possibly find. By definition, everybody involved was honest. This has come into the world pure. We pushed as far as we possibly could within the realms of reality.”

“It’s definitely not a Metallica album, or a Lou Reed album,” says Kirk Hammett. “It’s something else. It’s a new animal, a hybrid.”

A website for the ‘Lulu’ album is online now. ‘Lulu’ can be pre-ordered now via Amazon.