‘A4 In Ecstasy’ is the new single from Kid Adrift. Inspired by Aphex Twin and ‘Pretty Hate Machine‘-era Nine Inch Nails. Its processed beats and tough direct sound signals a leap on from the ‘Oxytocin EP’ that was released earlier in the year. It’s a forthright, emotional track that delivers a message straight to the heart and mind. 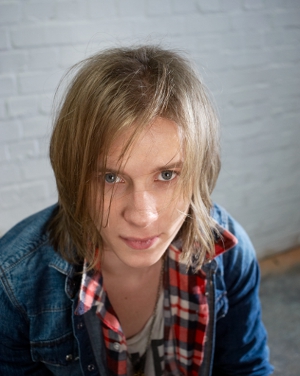 Kid Adrift (aka Iain Campbell) explains the brutal video for the track “’A4 in Ecstasy‘ is a song I initially started writing from my flat in a pretty rough area of Glasgow, so a torn-up Scottish boxing club seemed very fitting for the video.

“We put sweat, blood and tears into this song so we needed similar commitment from the video cast. They gave it in the most literal sense…”

Kid Adrift will perform on the following dates: