‘Old Ideas’, an album by Leonard Cohen, will be released by Columbia Records on January 30, 2012. 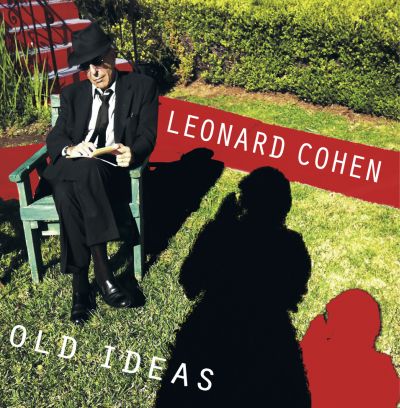 The album’s ten songs poetically address some of the most profound quandaries of human existence – the relationship to a transcendent being, love, sexuality, loss and death. Arguably the most overtly spiritual of the revered artist’s albums, ‘Old Ideas’ inspires commitment to a greater sense of compassion and decency.

The album is available for pre-order now at the official website (link below) where the song, ‘Show Me The Place’ is also streaming. While the recording of ‘Old Ideas’ began in earnest through January 2011, many of the new songs and their lyrics have been in the works for years. Early versions of two album tracks, ‘Amen’ and ‘Lullaby’ were originally recorded in 2007, while an early version of ‘The Darkness’ was performed live during Cohen’s recently concluded, sold-out world tour.

Fans were given another hint of what to expect when Cohen made remarks as the recipient of the Principe de Asturias Prize for literature in Spain in October. “As I grew older, I understood that instructions came with this voice. And the instructions were these… ‘Never to lament casually. And if one is to express the great inevitable defeat that awaits us all, it must be done within the strict confines of dignity & beauty’.”