‘Wonderful’ is the new single by Little Fish, “Oxford’s best live band” (Nightshift, 2011). It was produced by Gaz Coombes in the cellar of his home in Oxford and will be released on September 26 through Estupendo Records. It will be available on vinyl and as a download, featuring artwork by Blessing Force artist Valeska Hykel and with a limited edition comic by Shipmate Title, who produced the band’s latest video. 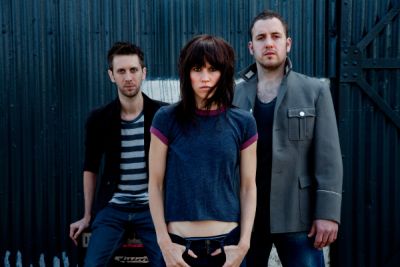 Little Fish is a three-piece band fronted by Juju, with Nez on drums and Ben on Hammond organ. Their debut album, ‘Baffled And Beat’, was recorded in LA and released on Custard Records in 2010. They toured with Supergrass, Spinerette, Juliette Lewis, Alice in Chains and Placebo. Debbie Harry saw them supporting Courtney Love and asked them to join Blondie for a UK tour.

On their second record the band have decided to return to their Oxford roots. They left Custard and are making a truly DIY, locally sourced album. ‘Wonderful’ is the first single from this album, and is a song about the time when Juju lost her voice for three years and was told she would never sing again.

The band will perform live at the following dates:

19 – The Frog and Fiddle Cheltenham

To listen to ‘Wonderful’ go to the official Little Fish Soundcloud page.