The long-awaited second album by Toronto’s Low Level Flight arrives in the UK on October 31. 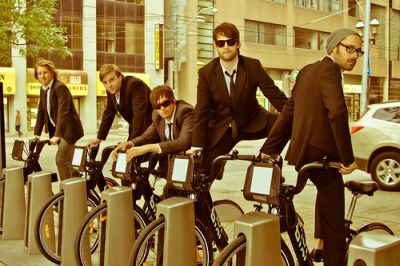 The quintet’s sophomore set, ‘Through These Walls’, is produced by Gus Van Go.  The band’s vocalist Ryan Malcolm says the album is a true collaborative effort by the band; “Writing comes for us rather quickly because we all bring our own sound to the table and it’s incredibly complimentary.”

Malcolm observes that the demand of urgency when creating the album brought about a mixture of sounds; “Some songs were heavy, some were melodic and others were dance rock. It’s tricky but it did offer us cool and unique stance. ‘Through These Walls; has a more persevering sound because its influences are streamlining through the members of the band.”

Low Level Flight perform two gigs during October in the build-up to the release of ‘Through These Walls’.  They perform at Man On The Moon in Cambridge on October 14, and take to the stage at the Buffalo Bar in London on October 18.  Ticket information is available on the band’s website.