A video of Manu Chao performing a free gig to raise awareness anti-immigration policy in the state of Arizona has been revealed. 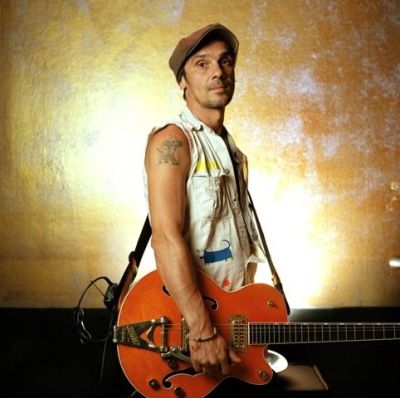 The concert in the state capital, Phoenix, took place at the end of the musician’s US tour this September.  With his band and accompanied by film-maker Alex Rivera, Chao also visited a jail site in the area, commonly known as ‘Tent City’, where he dedicated his song ‘Clandestino’ to its prisoners from the perimeter fence.

Chao’s performance was supported by the National Day Laborer Organising Network, who are behind the ‘Alto Arizona’ campaign to promote the plight of migrants following the passing of Senate Bill 1070. The legislation, yet to be signed into law by the state Governor, allows police the right to detain illegal migrants for not carrying official identification.

The ‘Alto Arizona’ campaign is a pertinent issue for the artist, who is the son of Spanish immigrants; “For the past year, we’ve carried the people of Arizona in our hearts as we witnessed them suffer under such ignorant laws”, says Chao.

For further information on the ‘Alto Arizona’ campaign, you can visit its website.  Manu Chao’s website can be found here.