Martin Grech has released his first new material in three years in the form of ‘Meta‘ which is available now via his official Facebook page. 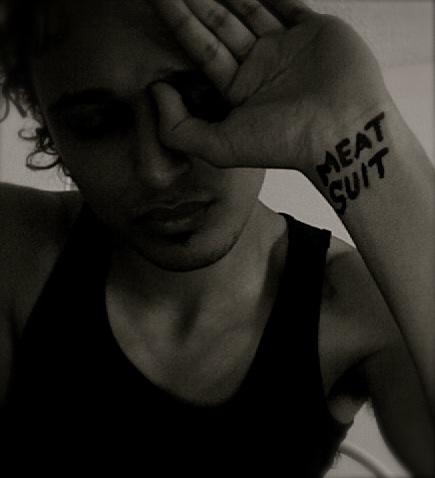 The artist says: “‘Meta‘ is a small collection of demos in various states of completion and production quality spanning a period of about 3-4 years. Including original and remade demos from the Meatsuit project, and early attempts at a fourth official record. The work covers a very difficult period of learning, technologically, creatively and emotionally, including some of the more enlightened moments, and some of the more desolate spaces, which, although cringe-worthy, are a reflection of the state in which many of the songs were created. A lot of the work from this period was completely lost, when in one of the more desolate phases, I completely erased a couple of years worth of work, to the point of complete un-retrievable deletion. So, a lot of what exists on meta is what my partner Lily managed to find in Mp3 format, hidden on burnt discs lying around the house, and in the glove compartment of the car. So, thanks to her, half of what makes up ‘Meta‘ still exists. As for the work lost, some of it may be better off left to rest in pieces.”

The new material looks to be followed by Grech’s fourth album, ‘The Watcher‘. Grech adds: “If I can convince myself to stop tampering with it, it is basically done. It is a manifestation of the moments, post switching that ‘light on’, and the first steps on planet earth with a new way of seeing. As for when it is going to come out, I am unsure. I am confident that it will come out, though, which is a lot more than I would have said at one point. Over all, ‘The Watcher‘ represents the movement from the state of intentional self-destruction, to a more conscious intention toward inner, and therefore outer, peace.”