Monster Magnet have announced they will be touring in November to celebrate the 20th anniversary of the release of their seminal ‘Spine Of God’ album and they’ll be playing it in it’s entirety in London and Manchester. 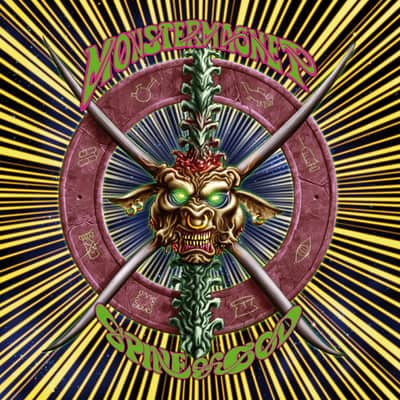 Dave Wyndorf comments: “I’m happy to announce that Monster Magnet will be performing ‘Spine Of God’ in its entirety on tour this coming November.

‘Spine’ was our first full length album and a big learning experience for us. What I recall most, though was the subject matter. I was a teenager in the early 70s and my experiences and impressions of that time had stayed strong within me well into my mid-twenties. Like anyone, I would tell stories of my childhood days to new friends and acquaintances but for some reason I could never really relate the almost mystical effect those days had on my adolescent mind.

I had some pretty strange adventures back then…hung out with some pretty strange characters as well. 1960s’ “flower power” was dying, giving way to a hard bitten, burned out new age. In the late 80s, I began to write songs about my crazy teen-hood..it seemed to be the only way I could even adequately attempt to describe it…and when I joined Monster Magnet those songs became the foundation of the album, ‘Spine Of God’. It’s a distorted memoir of a time I thought would last forever but in reality was over before I could even understand it.

Played in it’s entirety, ‘Spine…’ is a noisy affair…fuzz boxes set on maximum, echo machines and phaze shifters morphing that distortion and carrying the stories of earth bound, Jersey burn-out culture into another dimension altogether. And, hey…if you listen close enough I swear you’ll feel the paranoid shivers of that bad acid kicking in.”