Canadian avante pop quintet Mother Mother are set to release new single ‘Simply Simple’ on March 14. The single is taken from their forthcoming third studio album ‘Eureka’ which is the band’s most tenacious and undaunted record to date. ‘Eureka’ will be released in May through Last Gang Records. 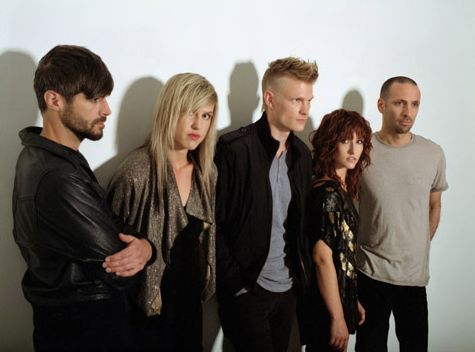 Ryan Guldemond, the group’s chief songwriter and frontman, says of single ‘Simply Simple’ – “Posing as an earnest admission of irresponsibility, while wrought with cheeky defeatism, this first-person, slow burning piece of sweet melancholy outlines the cunning disguise of our tragic hero’s narcissism as helpless naivety… or some kind of wolf in sheep’s clothing cockamamie business. But it’s nothing like George Harrison.”

Produced by Mother Mother’s own Ryan Guldemond and mixed by Mike Fraser (AC/DC, Franz Ferdinand, Elvis Costello), the 12 new tracks that comprise the new album surpass their predecessors with a greater sense of cohesion, exuberance and overall sonic depth. Guldemond describes the album as “a vivid depiction of where the band’s at right now, which is the height of our musicianship, song writing and strength as collaborators”.