Motionless In White have announced a very special re-release of their brilliant debut album, ‘Creatures’, on March 26 through Fearless Records (At The Drive-In, Tonight Alive, Bless The Fall). The album will have three new and previously unreleased tracks, including a cover of the Rob Zombie song, ‘Dragula’. The band are currently in an LA recording studio with Tim Skold, working on the follow up to ‘Creatures’, and will be following up all the US (tour with Asking Alexandria) and Australia dates (Soundwave and Marilyn Manson dates) with some UK shows to be announced in the near future. 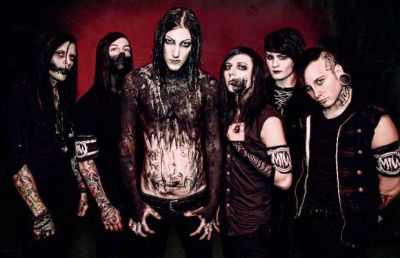 Full tracklisting of ‘Creatures’ re-issue below:

For more information visit the official Motionless In White website.