They can’t get enough of the UK…that’s right, we are thrilled to announce that MSI have been invited to headline Kerrang! magazine’s 2009 Relentless Energy Drink Tour alongside Bring Me The Horizon, Black Tide, and In Case Of Fire! 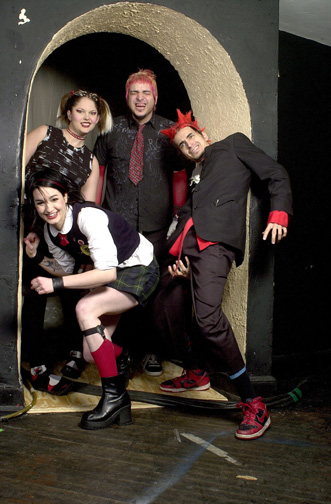 All dates go on sale this Friday, October 24th, at 9AM at www.aloud.com

In other MSI-related news, the band will be releasing their new single, a split for “Mark David Chapman” and “Evening Wear” on January 19th (UK), January 20th (US), and January 21st (Japan). The single will include a new never-before-heard song called “Written in Cold Blood,” as well as a music video for “Mark David Chapman” and some other exciting shit we’ll tell you about down the line. Just a heads up: Fans who order tickets for the Kerrang! tour will have the opportunity to pre-order the single as well! Stay tuned for more information.