My Ruin have signed a deal with German label Tiefdruck-Musik. The band are also set to begin recording their next album, ‘Ghosts And Good Stories‘ for release next year. 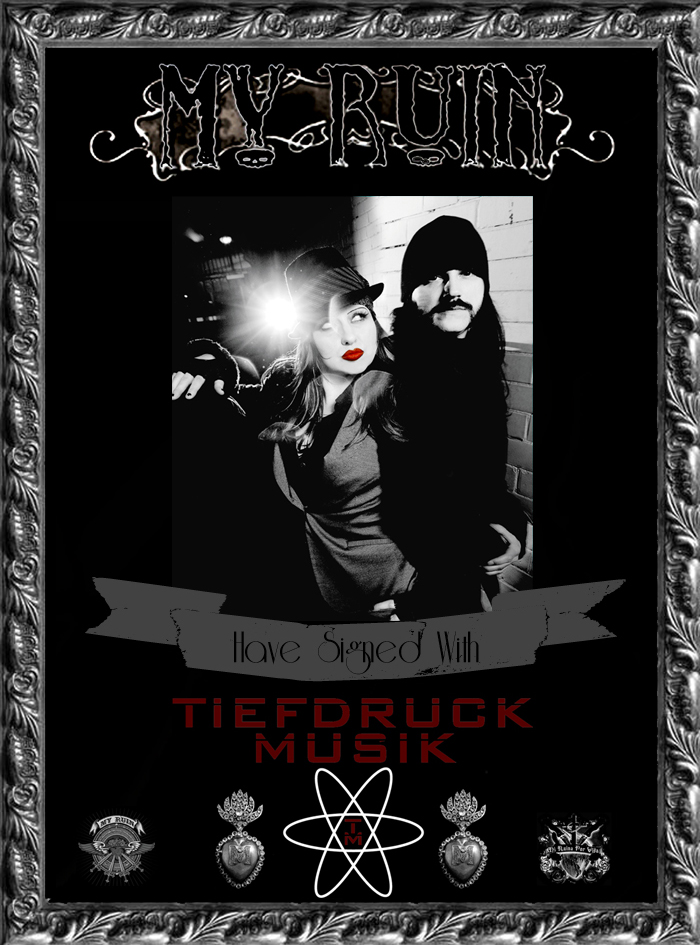 Vocalist Tairrie B explained that it was a natural move for both her and her husband who have been the only constant members of the band over the last decade. She said, “Mick and I have been together for almost a decade and we’ve basically put our band first the whole time. These last three years in particular were pretty crazy and personally hard on me. I got into a serious car accident in late 2006 on the eve of recording our last full length album ‘Throat full Of Heart’ but found myself quickly back in the studio recording while I was still in the middle of my surgeries and recovering. Not long after we were on the road again and releasing our first live album and DVD. It’s been non stop for us for so long that after we were married last Christmas Eve in Knoxville, Tennessee and we decided to take some time off from our band to celebrate just being husband and wife but as usual soon we found ourselves writing again and all of a sudden we had a new album ready to be recorded and a new label wanting to work with us. Everything has come together naturally and we’re excited about this next chapter of My Ruin. We’re a DIY band and always will be but were looking forward to working with our new label manager Daniel Heerdmann and Tiefdruck-Musik in 2010 as well as Sharon Richardson and Factory Music Management and Agency LTD in the UK who have also become a part of our new team and both have some great ideas for our next release.”

The vocalist went on to explain that the band will tour the new material using a revolving door of musicians and that themeatically the music would make up the most “honest album of our careers”.