By Editor September 3, 2009 World
No Comments

On November 2 a DVD documenting Nirvana‘s legendary Reading Festival headline performance will be released. The performance from 1992 was described in the same year by Rolling Stone, “The staggering energy and intensity radiating from the stage never let up… Cobain’s ravaged pop songs coming off like some dream marriage of the Sex Pistols and the Beatles, borne on bracing waves of distorted guitar noise.” 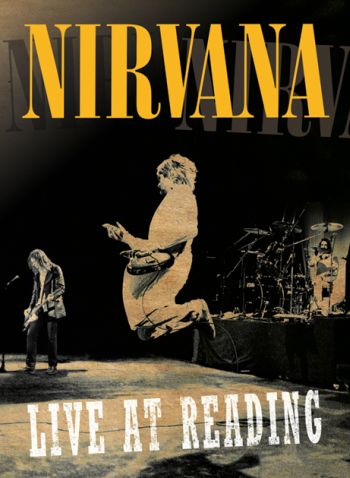 While the show’s centerpiece was a performance of nearly the entire ‘Nevermind’ tracklist, also noteworthy were early performances of three as yet unrecorded songs which wouldn’t be released until two years later on – ‘In Utero‘’s  ‘All Apologies‘, ‘Dumb‘ and the first ever public performance of ‘Tourette’s‘. The career-spanning setlist also reached back to the band’s 1989 Sub Pop debut album, ‘Bleach‘, for ‘Blew‘, ‘About A Girl‘, ‘School‘, ‘Negative Creep‘ and first single ‘Love Buzz‘ and even further back to the mid-‘80s for ‘Spank Thru‘.  Other songs from the Reading set would appear in studio form on the ‘Incesticide‘ compilation later in the year: ‘Aneurysm‘, ‘Been A Son‘ and ‘Sliver‘. Additionally, the band played a pair of beloved covers by two bands that helped shape the formative Nirvana sound – The ‘Money Will Roll Right In‘ by Fang and ‘D-7‘ by The Wipers.