Seven years after its original PC release, a new version of first-person shooter Nexuiz will launch for various platforms in 2012. 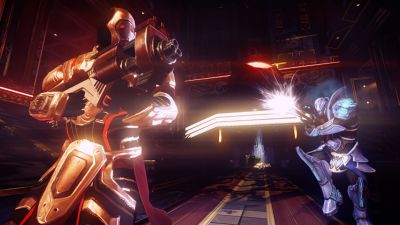 Initially developed by Alientrap Software, development on the updated version is by IllFonic, and it will be distributed by THQ and Machinima. The game’s dynamics are enhanced by CryEngine 3 technology; enabling players to perform a multitude of combos in futuristic domains.

Those involved in marketing the Nexuiz redux hope it will revitalise the arena shooter genre. The Vice President of THQ Partners, Tim Walsh, says, “We believe that gamers have been looking for an arena shooter title for a while, and we think Nexuiz is just that game.”

Nexuiz (UK certificate TBC) is released for the Xbox 360, PlayStation 3 and PC platforms in early 2012.