On August 8, experimental artist Nhor will release his third EP, ‘Whisperers To This Archaic Growth’; an evolution from his early minimalist musical works toward an oppressive genre of blackened doom laced with melancholic motives. The release, as with all previous fruits of Nhor, was self-recorded, mastered, mixed and written in a location immersed within an English forest, with the artwork being a collaboration between himself and close friend and artist Sin-Eater. 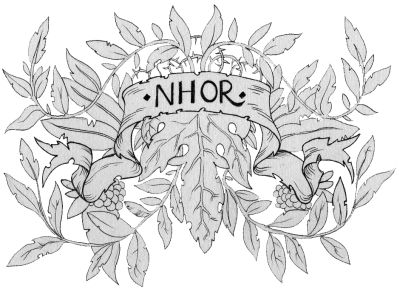 The EP was influenced by the natural world, of which Nhor comments; “I owe everything I have created to the universe. I owe it to the stars & planets, to the moon & the earth, to the wind & the rain. To the forest & its creatures, everything I have is borrowed from them. My music is but a poor interpretation of their song & my imagination is but a diluted replica of mother natures.”

As a wider-project, Nhor embraces multiple media forms and has released limited edition short stories enclosed in hand-made books, to film released on VHS and cassette recordings of songs. ‘Whisperers to This Archaic Growth’ is another shade in the spectrum of Nhor’s light.

‘Whisperers To This Archaic Growth’ will be released on CD format, with hand made cassettes to follow.

1. ‘Whisperers To This Archaic Growth’

4. ‘Beneath The Burial Leaves Of A Dying Earth’