Between June and December of 2008, Nine Inch Nails went around the United States for the ‘Lights In The Sky‘ tour. Interscope, their label at the time, did not give them permission to release a DVD so, as a result the band put out 405GB of free raw hi-def footage from the tours straight to their fans, allowing them unlimited access. On December 25, 2009 This One Is On Us released ‘Another Version Of The Truth: The Gift‘ in different formats, for free. 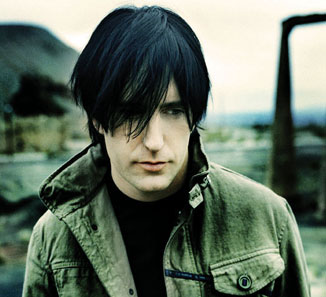 A recent post by Rob Sheridan discussed the collection…

“Our 2008 Lights In The Sky tour was an ambitious post on a scale well beyond anything we’d ever attempted before. Everyone involved was extremely proud of how it came together, and we were devastated when, for a variety of reasons, we were unable to capture it professionally for a theatrical or commercial release. As a “plan B” of sorts, early last year we released a massive 405gb free download of raw HD footage captured at three different shows during the tour. The idea was to get the footage out in the wild and see what our notoriously enterprising fans could do with it. There were no rules. No strings attached. This was a gift, and an experiment, and for the past year we’ve watched it come to life in more ways than we could have ever imagined.

Fans have edited thousands of videos from the footage, assembled their own DVDs and live albums, even held theatrical screenings of their creations. And now, the ambitious and well-organized group known as This One Is On Us have released their massive, highly-anticipated creation, Another Version of the Truth: The Gift.

For 12 months, a core team of dozens of fans and a network of thousands spanning the entire globe pooled their efforts to create this professional-quality 1080p 5.1 concert film, and have released it in every format from Blu-ray and DVD to iPod and YouTube. It combines footage from all three shows and includes DVD menus, bonus footage, a PDF booklet, and more. That something of this scale was produced entirely by fans, on their own time, purely for the sake of giving something back to the community, is absolutely unprecedented. You can read all about the project and find all the download links here, or watch it immediately on YouTube here. Theatrical screenings are already being organized, you can find more info about those here.

This is yet another example of a devoted fanbase and a policy of openness combining to fill in blanks left by old media barriers. The entire NIN camp is absolutely thrilled that treating our fans with respect and nurturing their creativity has led to such an overwhelming outpour of incredible content, and that we now have such a high quality souvenir from our most ambitious tour ever. Or, as Trent simply put it, “Nine Inch Nails fans kick ass’.“

For more information visit the This One Is On Us official website.

* Thank you to Shreena Soomarah, Executive Producer for This One Is On Us for helping us make the appropriate changes to our original news article.