Following a Summer packed full of festival appearances, Patrick Wolf will release a brand new EP on November 28. Entitled ‘Brumalia’ (the Roman Winter celebration) The EP will feature 6 new tracks and will be lead by new album favourite, ‘Together’. 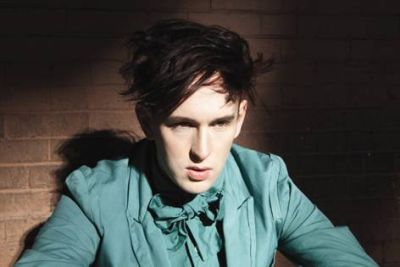 The new songs on this EP were written over the last year, produced and programmed by Patrick this Autumn in London, returning to The Pool studios on Bermondsey Street and his home studio. It also features a song made on the ipad while travelling through the swamps of Florida on a writing trip.

“The artwork for the EP was shot by Patti Smith. These are two photos Patti took of me on Cooden Beach on a freezing windy Winter day earlier this year the day after I played harp and viola for her at the De La Warr Pavilion. To me the photos sum up the bleakness and melancholy of England in the Winter months, which was something that inspired the choice of songs on this EP.”