Grunge legends Pearl Jam debuted a new short documentary earlier today on MySpace based on the making of their new album ‘Backspacer’. 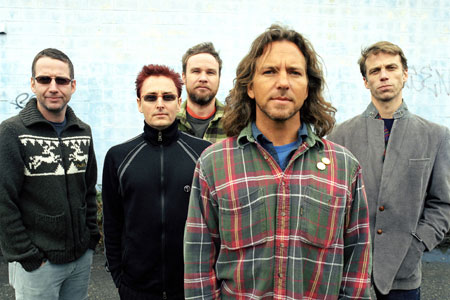 The band composed a 10-minute short in which they are seen performing three new tunes from their forthcoming album, which is due out in the States on September 20 and a one day later in the UK.

The video was first shown today (August 17) on the MySpace Music channel and it sees the band performing ‘Just Breathe’, ‘Got Some’ and the new album’s single ‘The Fixer’. The video also shows the band working in the studio and going around their hometown of Seattle.

There are copyright restrictions for UK users.

You can now see the video on YouTube below: