Trent Reznor to work on a video game

Trent Reznor spoke in a recent interview about how post-NIN he would like to work on a self-financed video game for the X-Box Live or PlayStation. The artist also talks about his gaming habits… 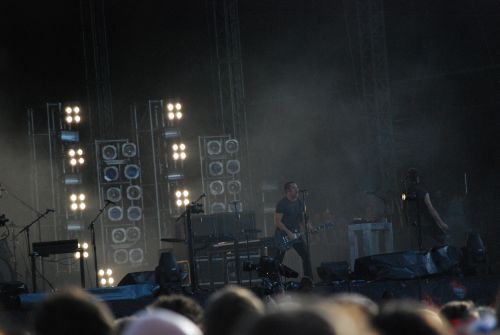 Reznor spoke to Joystiq recently about the possibility. He said: “We’re working on some things that will start to come into fruition post Nine Inch Nails and post our tour. That’s one of the reasons I’m stopping the tour, because there are all these other things that I’ve been wanting to do that are outside playing shows.”

He continued: “I’m probably saying too much, because if it doesn’t happen then I’ll have to answer questions about it for the next five years. Let’s just say that one of the things that’s highest priority for me and Rob (Sheridan, Creative Director) is the development of some entertainment-based video game–type stuff.”

Reznor also spoke about his experiences as a gamer: “I am old, so I was there from the beginning. You know, from the first Pong machine. Rob and I are both avid gamers and our friendship kind of grew out from it. We worked with each other for years and had a lot of space in our studio, so we collected a lot of arcade games.”