It’s been announced Skip The Foreplay have signed a record deal with Epitaph Records. 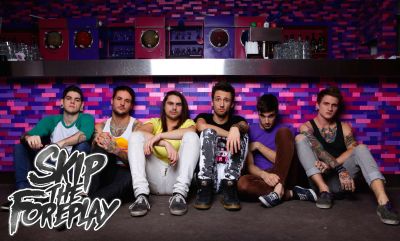 The Montréal band are hoping to release their first album for the label next spring.  Their frontman Marc-André Fillion says he’s “extremely happy” with the deal, adding: “We’ve also just been confirmed on our first US tour with Falling In Reverse in January/February 2012. So come hang out and join the party!”

Epitaph President, Brett Gurewitz, comments: “Aside from having one of the greatest names in history, Skip The Foreplay are simply Satan’s delivery system for music of mass destruction.”

In honour of the new chapter in the STF story, here’s their cover version of LMFAO’s ‘Champagne Showers’:

For more information visit the official Skip The Foreplay Facebook.