After the worldwide success of his second solo album ‘Apocalyptic Love’ featuring Myles Kennedy and the Conspirators, Slash will return for a UK tour in February/March 2013. 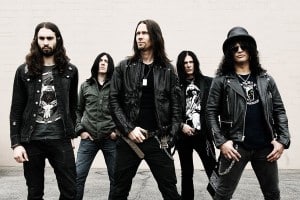 The album, which was released in May of this year features Slash and his bandmates Myles Kennedy (vocals), Brent Fitz (drums) and Todd Kerns (bass)– and is out now on Slash’s own label DikHayd International in the US and through Roadrunner Records in Europe, Middle East, and Africa.

The announced dates are as follows: