Slipknot’s ‘Iowa’, the ground-breaking Des Moines-based band’s modern classic of a second album, sees a ‘10th Anniversary edition’, released through Roadrunner on October 31. When ‘Iowa’ hit UK record stores 10 years ago, it was unleashed in the heaviest release week of 2001, yet landed squarely at No.1 on the UK album chart, seeing off formidable mainstream competition from the likes of The Strokes (with their lauded ‘Is This It?’ debut), boy band 5ive, Bjork and New Order. 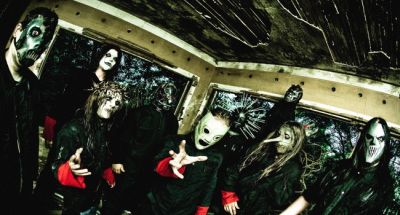 This new edition features two CDs; the original album, with a live bonus track of ‘My Plague (New Abuse Mix)’, and a second audio disc featuring the entirety of the band’s live set from their 2001 headline London Arena show. A DVD featuring ‘Goat’; a film by M. Shawn Crahan (the band’s percussionist, Clown) is included and the package features all new artwork and photography from Crahan. All the music videos from the album also feature.

A trailer for the release can be viewed here:

‘Iowa”s original incarnation was produced by the band with firebrand producer, Ross Robinson and was the product of some of the darkest times in the band’s fabled history. Today the album still crackles with menace and violence. It’s a vital, visceral and ferociously angry record; one with the capacity to scare you or make you wonder what living hell the band were going through at that time.

Clown’s film of the Iowa period, ‘Goat’, chronicles all of the weirdness, intensity and catharsis of the ensuing album cycle and is a visual documentation of a band of nine creative souls, truly on the edge. ‘Goat’ includes brand new band interview footage, documenting their reflections on that window in their lives, and how ‘Iowa’ laid the groundwork for their future.

The official tracklistings are as follows: