Soulwax/2manydjs have announced details of their fifth annual Soulwaxmas event in London this December. Soulwaxmas has quickly become a staple of both the London and European club & events calendar and continues to grow each and every year. It will take place on Friday December 16 once again at London’s O2 Brixton Academy from 9pm-3am with further events to be announced in Belgium and Paris. 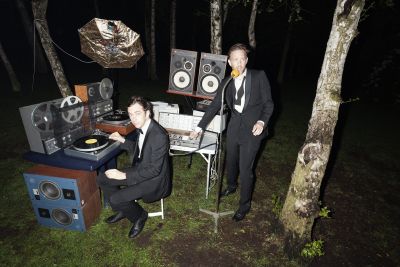 The event is 18+ and tickets are priced at £26.50 and subject to usual booking fees. Watch this space for very special guest announcements over the coming weeks.

After 2+ years in development the duo recently launched Radio Soulwax – a pioneering online and app-driven radio station to massive global acclaim. Radio Soulwax will provide a total of 24 new and exclusive themed albums, each containing a one hour mix of exclusive and uniquely created audio and visual content of all different styles and genres.

These will continued to be unveiled every Monday for the next 15 weeks. It is free online for all, marking a new era in mixtape culture, home music consumption, direct to fan distribution and in the sharing of these experiences via new technology. In addition to the live online feed – Radio Soulwax will be available to stream and download via a fully interactive iPhone/iPad/Android application. This can be downloaded here:

In its first active week alone Radio Soulwax received in excess of 1 million streams online and has continued to spread at a rapid rate online.

“We can’t pretend to have been huge hardcore punk fans at the time, but have grown to love it now, with help from some friends but most of all from Steve, our drummer. Using their records and his tapes (of local hardcore radio shows from northern France), we tried to give you our take on 80s hardcore. Some people might feel it’s not very respectful, but listen, those guys take themselves way too seriously and by cutting it up the way we did, we feel we have kept to the original spirit and energy of the music. This show contains some of the best sleeves yet on RSWX.”

Monday, August 1: Into The Vortex

Monday, August 8: This Is Belgium Part 2. Cherry Moon On Valium

“Even though these Belgian records sound very “now”, they are actually 20 years old and were meant to be played at a much, much faster speed. At the time this was the devil’s music for us, but we have learned to listen through the claps and distorted kicks and discovered that if you slow these really dark and heavy techno records down all the way to about 115 bpm, it suddenly makes them sound less frantic, ballsier and a lot sexier. Belgium at its best when pitched down.”

“Welcome back and fasten your seatbelts for the second leg of your journey through outer space.”

Monday, August 22: Under The Covers. Volume 2

“We couldn’t fit everything into one hour so here is the Rest Of the Best Of…This tour took us all over the world, we played 45500 shows in 6474 countries over a period of 2 years and it was also the starting point for RSWX. We made these animations especially for the live show and while some of them were made the day before the gig, sometimes it took us weeks to get an animation right. Using DVD’s and DVJ players instead of CD’s and CDJ players, we were manipulating the images you saw on the screen and the music at the same time.”

“If you ever wondered how many guitar riffs would fit in an hour, we can tell you it’s about 500.”

Try to guess each artist and title before we reveal them!