Devon folk singer/songwriter Seth Lakeman today (November 4) announced details of his upcoming album – and found himself with a broken website. 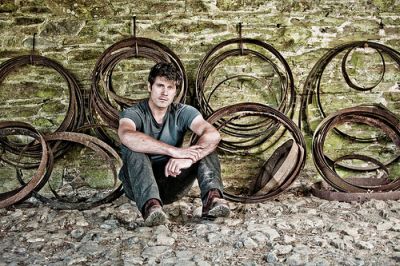 The fiddle player revealed this morning that the first 1000 units of his sixth LP, ‘Tales From The Barrel House’, ordered through his site, would be personally signed. Such was the demand by fans, the quota sold in minutes – and among the clamour for copies, the site itself crashed.

Speaking on the virtual rush via his Facebook page, Lakeman states; “I am completely overwhelmed by the response this morning with so many of you trying to pre-order the new album that my website crashed! The signed copies have already been snapped up, so I have decided to extend this to sign every copy that is pre-ordered before midnight tonight.”

‘Tales From The Barrel House’, recorded in Morwhellam Quay in the artist’s native county, is available from November 18 on Lakeman’s Honour Oak label.  He tours the UK in December, with the following dates scheduled:

While the Southampton concert has already sold out, remaining tickets for the other shows are available via Lakeman’s website – barring any further crashes.