The Getaway Plan release new video for ‘The Reckoning’

The Getaway Plan released their debut EP in 2006. To their Big Day Out performance in 2009, the then barely post-teen band moved at lightning speed as their sound and fan base developed exploded, making them one of the most talked about upcoming rock bands in Australia. However, the rapid pace of this success took its toll on the young band and left the future of The Getaway Plan in doubt when the band went on hiatus. 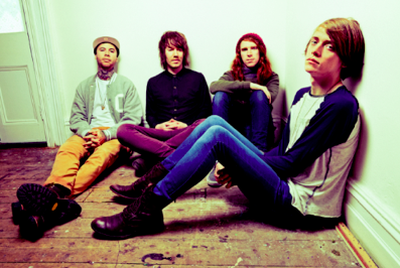 After going their separate ways for a period to focus on other musical endeavours (The Amity Affliction, Young Heretics, Deez Nuts), in November 2010 Matthew Wright (Vocals, Guitar, Keyboards), Clint Owen Ellis (Guitar), Dave Anderson (Bass) and Aaron Barnett announced live on Triple J their intention to reform and record a new album. The break between albums enabled the band to take the sense and sound of The Getaway Plan to the next essential level.

With ‘Requiem’, the band has created somewhat of a statement album – full of punch, sonic soundscapes and the infectious hooks the band is well known for. The product of four months spent in Toronto earlier this year with multiple Grammy Award winning producer David Bottril, whose previous work includes such notable releases from Muse, Placebo, Tool, Silverchair and many more, has made him one of the most sought after producers in the world. Expect a UK release early 2012 with touring to follow.

‘The Reckoning’, is the first track to be taken from this record (and will be released as a free download): http://soundcloud.com/req24/01-the-reckoning.

The uncensored video for ‘The Reckoning’ can be viewed below.

For more information visit the official The Getaway Plan website.