The Killers have a Ball with Christmas single

Home » The Killers have a Ball with Christmas single

Today (December 1) sees the release of what’s become an annual tradition – a Christmas single by The Killers with proceeds going to Product (RED). 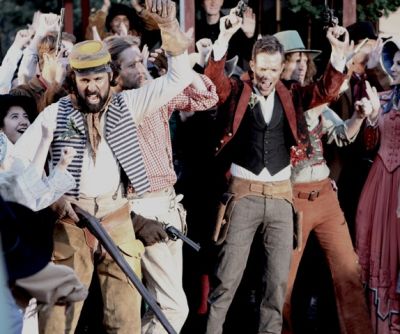 This year, the Las Vegas lads offer a taste of the wild frontier with ‘The Cowboys’ Christmas Ball’ – their interpretation of a poem composed in 1890 by Larry Chittenden.

Furthermore, the six festive tracks released by The Killers since 2006 are available as an EP, and anyone who signs up to Product (RED)’s 2015 campaign via its website will receive a Christmas song of their choice for free.

As The Killers are working hard on recording their fourth studio album, there’s no video for ‘The Cowboys’ Christmas Ball’ at the moment – only the picture you see above; but rest assured, we’ll bring you it on Soundsphere when it’s released.