The Menzingers are set to release their Epitaph Records debut album ‘On The Impossible Past’ this February 20. Fans are invited to pre-order the album by going to www.themenzingersstore.com. 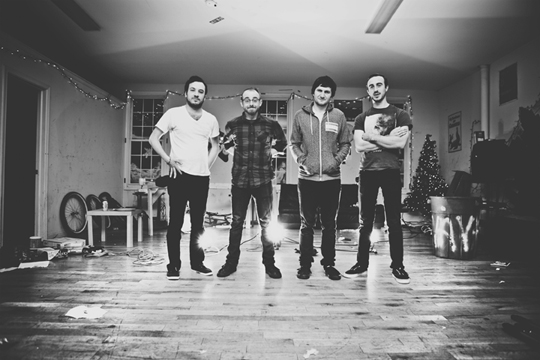 The album was recorded at Atlas Studios in Chicago with longtime collaborators Matt Allison (Alkaline Trio, The Lawrence Arms) and Justin Yates. While the record retains all the raucous spirit of the band’s earlier efforts sonically, it’s a monumental step forward. “I think that ‘Gates’ is one of the most mature songs on the album,” guitarist/vocalist Tom May explains, referencing the tender rock song sung by Barnett that truly transcends genres. “I hope it surprises people because it’s not a straight-forward punk song with gang vocals or anything like that but it still definitely sounds like us.”

I get a lot of personal emails that say something to the effect of ‘my girlfriend broke up with me or my dad died and I listen to your music and it makes me feel really good’ and that validates what we’re doing and the time and effort we put into the new album,” May summarises. “When people hear the songs from ‘On The Impossible Past’, I just hope people can relate to it and it makes them feel the way we do when we sing it.”