Murderdolls are back with their first album for eight years, titled ‘Women And Children Last’. The album is currently being recorded in the Hollywood hills and is set for release this Summer through Roadrunner Records. 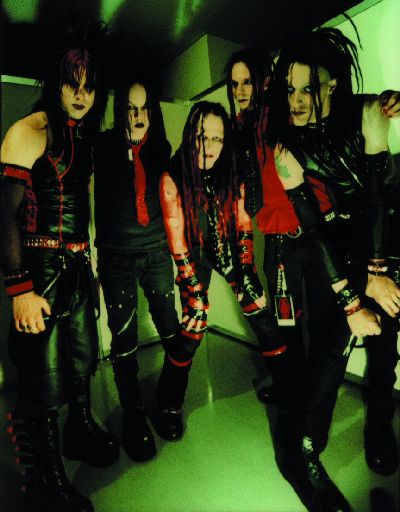 Murderdolls is the brainchild of Slipknot drummer Joey Jordison and Frankenstien Drag Queens From Planet 13 frontman, Wednesday 13.  The band has been through a line-up change recently but Joey still plays lead guitar and Wednesday returns to vocal duties.

The duo say, “We don’t look at this as a return…this is revenge!  The music scene today is as boring and stale as it was in 2002, when we first formed the band. This time around, everyone is the enemy!”

Murderdolls first came on to the scene in 2002, building a formidable fanbase with their breakthrough single, ‘Dead In Hollywood’ and their entertaining take on the Billy Idol anthem, ‘White Wedding’.

Joey continues, “We’ve waited eight years to make sure, but this is the perfect time to bring Murderdolls back to the world.  We’ve got nothing to lose, and nothing to prove. So raise your fist along with us mother**ck***, and sorry if you get a bloody nose along the way.  It’s about to get ugly…’Women And Children Last!”