Transatlantic art collaboration for The Good The Bad

Home » Transatlantic art collaboration for The Good The Bad

Denmark’s The Good The Bad are teaming up with a Canadian creative agency to provide the soundtrack to a new film. 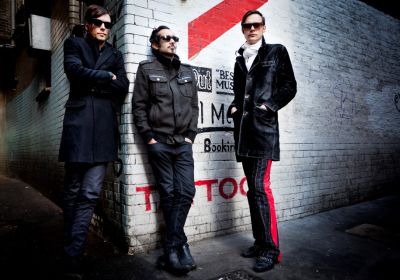 A remixed version of the Copenhagen trio’s track ‘032’, which features on their imminently-released second album ‘From 018-033’, scores an experimental short by Departement, ‘The Canadian Affair’.

The film’s director, Thibaut Duverneix, explains why he chose the band’s music: “I wanted this to be an atmospheric, dreamy, melancholic journey through the moments of women’s slices of life. I thought about The Good The Bad and contacted The Adam who got excited about the project. They have produced an amazing soundtrack, giving great depth and atmosphere to the images.”