Boston, MA’s Transit has announced a October 3 release for their highly-anticipated Rise Records debut full-length, ‘Listen & Forgive’. The record was written and recorded this summer at Maximum Sound Studios in Danvers, MA by producer Gary Cioffi, and was mixed by Steven Haigler (Brand New, Pixies, Quicksand, As Tall As Lions). 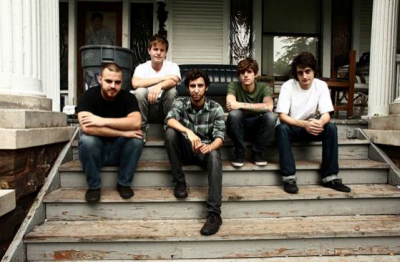 “Music is about connecting with people, and that’s what we focus on more than anything else,” says Transit’s vocalist Joe Boynton.

While clearly drawing inspiration from seminal groups such as Saves The Day and Lifetime, as well as from the Northeast US pop-punk scenes that all five members grew up in, Transit has swiftly evolved into a group with a more alternative, indie rock sound. “We all grew up listening to a wide variety of music, but bands like Archers Of Loaf, Braid, Osker and American Football demonstrated to us that there are always refreshing ways to create a new style and feel,” explains guitarist Tim Landers.

Transit’s prolific output is impressive by any measure, having put out seven releases over the last four years. The Boston, MA act’s highly acclaimed LP, ‘Keep This To Yourself’, released in August 2010 on Run For Cover Records.

Transit also released acoustic EP ‘Something Left Behind’ this February on Mightier Than Sword Records, as well as a limited edition Record Store Day 7″, ‘Promise Nothing’, this April on Rise Records that sold out well in advance.

Transit has consistently played throughout North America and overseas alongside Four Year Strong, The Wonder Years, Less Than Jake, Rival Schools, Bayside, Man Overboard, Senses Fail and many others. They are confirmed to tour the UK and Europe with Title Fight and Balance and Composure in late November through the middle of December.