Recently it was announced that two members of the band had been fired. The band have parted ways with their bassist Vortex and their keyboard player Mustis. 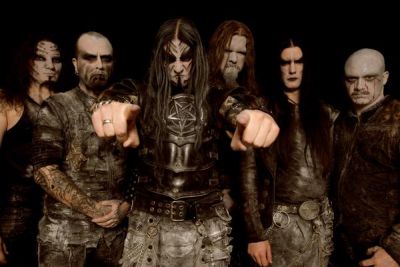 A statement from the group reads: “We regret to inform you that we have parted ways with both Vortex and Mustis. However, we do want to make it perfectly clear that the creative force in the band is highly intact, perhaps even more so than ever.” The statement continues, “With that being said, we’re currently working on our next album and are excited to start a new chapter in the legacy that is Dimmu Borgir.”

Mustis released his own statement. This said: “Attention to all the worldwide fans of my work with Dimmu Borgir: I feel that I must begin my note to you all by saying that your dedication and interest in my musical work with Dimmu Borgir has been greatly appreciated by me for many, many years and you all have motivated me to continue to push the creative envelope farther each and every day.

“You might be able to see where this note is heading and if you are thinking correctly you will know that I am informing you all that I am no longer associated with the band and have left the ranks of Dimmu Borgir effective immediately.

“My departure was not entirely of my own accord and while I had felt this change was something imminent for my future, my time had been spent addressing the fact that many songs written by me had not been registered properly under my name in their credits. Without naming every single track, let us just say that a good majority of albums like ‘Puritanical Euphoric Misanthropia’ and ‘In Sorte Diaobli’ would have been vastly different had I not composed and created as much as I actually did. Sadly, based on terrible gaps in the communication process and a failure to find logical rationale for why this had been done this way found me hitting wall after wall as opposed to finding a professional and reasonable solution to the problem.

My inquiries and investigation into the issues which I wished to resolve and move on from would in the end find me being fired from the group. No discussions about it, just ‘goodbye’ (via text message).

“I can say to you that this was not a new dispute and is something that has been going on for some years and since these are my individual creative rights and work that are being denied of me, we shall now let the resolution come from the lawyers instead of dealing with more dishonesty and lies on a one-on-one personal level. On this I cannot say anymore because we will be walking into sticky legal territory.

“I mentioned earlier that my fans have motivated me to create great music again and again and they should know that I will continue to do this and shall return to them in the not-too-distant future with material that I hope will keep their metal needs fed.”