UK shows in 2012 for Dream Theater

Dream Theater has announced three UK gigs on a European tour in early 2012. 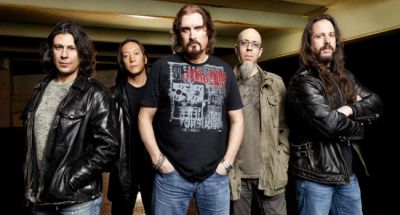 The concerts follow the release of the band’s eleventh studio album, ‘A Dramatic Turn Of Events’ on September 12.

Guitarist John Petrucci is keenly anticipating a return to British shores during the ‘A Dramatic Tour Of Events’ performances; “It was great getting our feet wet this past summer with our new drummer Mike Mangini during the open air festival season, but now it’s time for the real deal!”

“We’ll present a broad coverage of songs from the new album along with a healthy dose of older material as well,” the guitarist adds. Petrucci is also full of praise for the announced support act and label mates Periphery. “They will make this a truly special and memorable tour.”

Those UK Dream Theater dates are:

Tickets for the three dates go on sale on September 9 via the above telephone lines or by the Gigs and Tours website.