A promo video with an unorthdox concept has been released for Atari Teenage Riot’s upcoming single. 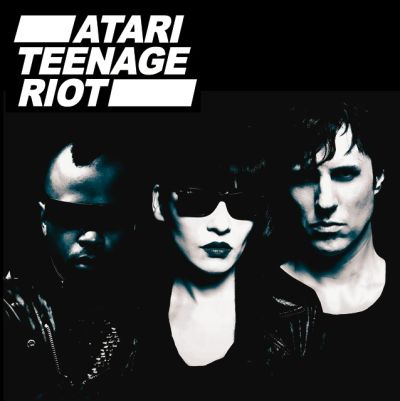 The ‘Black Flags’ clip features footage contributed by hacker group Anonymous fans of the trio. Band member Alec Empire explains how the idea came about: “So we came up with this concept for the Black Flags video and it was pretty rad, but when members of Anonymous got in touch because they wanted to participate, the whole thing went from DIY punkrock to super awesome.”

A further twist to the video is that it’s not the final version of the video which will be released, as Empire adds: “This is the first edit; this video will never be finished really. We keep adding more clips from fans. Get involved!”

‘Black Flags’ by Atari Teenage Riot featuring Boots Riley is released on October 3 via Digital Harcore Recordings, while an Internet-exclusive mix is available as a free download via Soundcloud.