We Are In The Crowd make UK headline tour call

If you’ve not had a chance to see We Are In The Crowd as they support All Time Low on their current UK tour, fear not – the New York quintet will be back in Britain this April. 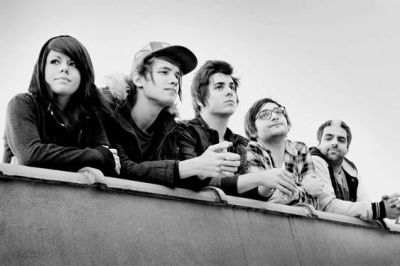 The upcoming shows will be the first headline tour for the band, with support coming from Every Avenue:

Further details on the spring tour are on the band’s website.  The band perform the first of two gigs tonight in Birmingham, with a further six dates to follow.

Meanwhile, We Are The In Crowd have revealed a video for their next single, ‘Rumor Mill’, released on March 12: