Benjamin Francis Leftwich has announced he will be releasing a Christmas song entitled ‘Tinsel In The River’. Written and performed by Leftwich, it will be released on November 17th via Dirty Hit. 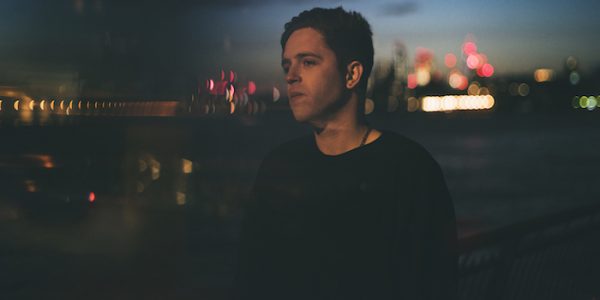 “‘Tinsel In The River’ is a song about sitting alone over the Christmas period and reflecting over the previous year of love, loss and what could have been – but flew out of one’s hands. The song is set against the Christmas party season in the town in Yorkshire where I am from. The city comes alive with: the party, the bag, loving fellowship – and also chaos.

To me the song is about that feeling of isolation, set against the backdrop of bright noisiness at that time of year and how the sparkle of it all can also be the trigger for the pain that was so nearly disappearing in the normal stillness of the town, which suddenly is turned upside down.”

‘Tinsel In The Rain’ follows Benjamin’s recent album ‘To Carry A Whale’, which was released to acclaim earlier this year. It was the fourth album released by Leftwich and his first made entirely sober. It was dubbed a “collection of sombre ballads, imbued with a fresh and genuine perspective on life” by Clash Magazine in their review.

Benjamin Francis Leftwich was the first artist signed to Dirty Hit Records, whereupon he released his acclaimed debut album ‘Last Smoke Before the Snowstorm’ in 2011. The album hit the top 40 in the UK and included the hit single ‘Shine’ which was remixed by tropical house king Kygo and named by Spotify their “most addictive song of 2014”; the song that was repeat-played most often that year.

He followed his debut album with 2016’s ‘After The Rain’, after a 5 year break, in part due to the death of his father. The record was met with critical acclaim, with The Guardian dubbing it “fragile, precious, oddly comforting” in their 4-star review of the album. He followed that with third album ‘Gratitude’ in 2019, which was deemed “graceful and honest” by DIY in their 4-star review.

Benjamin has also recently announced his 2022 tour. Comprising 26 dates across the UK and Ireland – tickets and details are available at benjaminfrancisleftwich.com.

Benjamin Francis Leftwichtinsel in the river