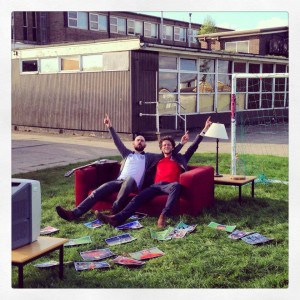 The video has been so successful, it’s had over 4000 views in just a couple of days. It’s had celebrity re-tweets from BBC’s Jake Humphrey and Sky Sports’ Ed Chamberlin but the boys haven’t let it go to their heads just yet as Ian Wilson explains: “We’re just  2 teachers from York trying to raise the spirits of the nation for the World Cup. We want to show that ordinary people want to celebrate England and have a laugh at the same time.”

Check out their video for ‘Bring it Home’ now.