Let’s Go Baboon founder Stuart Gibb has relocated to York and has started promoting shows again, with a headline set from Radio 2 and 6 Music favourite Danny And The Champions of the World scheduled for The Basement on November 25, with support from Leeds band Oh Brother. 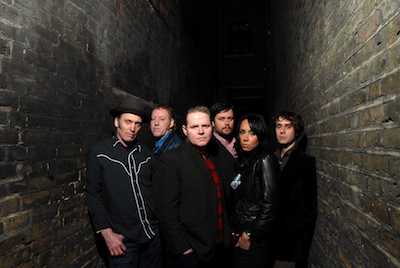 Let’s Go Baboon held regular gigs at 12 Bar Club, Brixton Windmill and the (now defunct) Luminaire. After a four year rest, and a big relocation, Gibb felt it was the right time: “I took some time out when my kids came along, and moving to York was part of that. I was never sure if Baboon would ever come back, but after a few years of settling in the city I got fired up by the eclectic, innovative mix of shops and promoters. Places like The Inkwell and promoters Please Please You made me realise early on that York isn’t the poor cousin to Leeds, as my Wetherby upbringing had me believe!”

Gibb spent his teenage years in Wetherby, inspired by his friends who formed Hood and Boyracer. It was also a time of fanzines, which is where Let’s Go Baboon came from: “I had a fanzine called Baboon – it seems ludicrous now, but I had an exclusive interview with Pavement because I wrote to them and they just wrote back. I was selling the fanzine for 40p!”

Gibb goes on: “When I was offered the chance to put Danny on in York, it just felt right. He’s incredibly talented, but someone I also class as a friend, as he’s done a few Baboon gigs in the past. It feels like the best way to launch Let’s Go Baboon in York. And hopefully it gives me a chance to get to know what else is going on in York, and start to become a part of it.”