We Are Augustines announce new album release, single and tour

Much of the material on We Are Augustines debut album ‘Rise Ye Sunken Ships’ (to be released March 5, 2012 on Oxcart Records) documents the most traumatic period of lead vocalist/guitarist Billy McCarthy’s life in which he lost both his schizophrenic mother and his brother, James, to suicide. 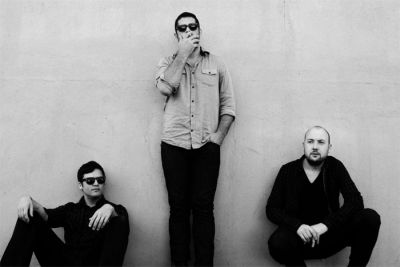 ‘Headlong Into The Abyss’ recounts James’ flight from the police while ‘Book of James’, one of several songs recorded with producer Dave Newfeld (Broken Social Scene), is a gripping eulogy for this once-resilient spirit who succumbed to the pressures bearing down on him from both within and without. ‘The Instrumental’, a transcendent, richly textured piece written by bassist/keyboardist Eric Sanderson, closes out ‘Rise Ye Sunken Ships’ on a note of hope, suggesting that struggle can ultimately point the way to peace.

‘Book Of James’, released as an MP3 single and 7″vinyl on November 7, is Billy McCarthy’s attempt to humanise the homeless and mentally ill. “Everybody deserves a proper eulogy; this is mine for my brother James,” explains Billy. “As far as I’m concerned our society at large would rather not think about the topic of homelessness and mental illness. Unfortunately, people who have lived through it are forced to find a place to store it internally. This song is written from that place.”

The band tour the UK with Glasvegas this month.

For more information visit the official We Are Augustines website.