Album Review: Alter Der Ruine – ‘I Will Remember It All Differently’

Home » Album Review: Alter Der Ruine – ‘I Will Remember It All Differently’

After a rather short hiatus (roughly a year) Alter Der Ruine have reformed and finalised new material into the follow up album to their previous swan-song ‘There’s Always One More Son Of A Bitch’. It is heartwarming to see a band reform for the reason that they have managed to enjoy collaborating as musicians once more after a period of dissatisfaction with a project rather than due to financial incentives. 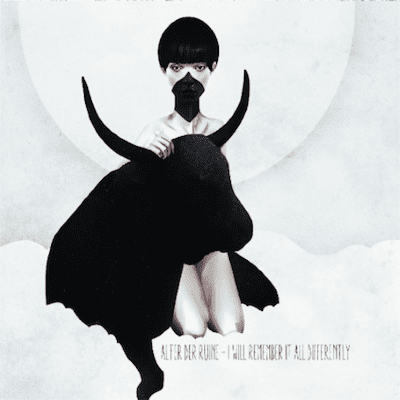 Not much has changed in terms of content, we are still presented with music rooted firmly in the industrial genre. For those of you unfamiliar with Alter Der Ruine, their music currently is a blend of melodic darkpop vocals and instrumentation with pumping, catchy dance beats. Think Aesthetic Perfection, VNV Nation and Project Pitchfork for good examples of what is presented here.

The album begins with the appropriately titled ‘Lights’. This is a sombre, mellow track as has become increasingly typical of recent album openers within the alternative music scene. From the opener to the closing track ‘Leviathan’ themes and music styles stay within defined boundaries. This album doesn’t really deviate from the darkpop/dance beat formula, but it is by expanding on this somewhat simple combination that the musical creativity of the trio can really shine through.

Very quickly it becomes apparent that the excellence of the programmed beats throughout this album lie with the expertise that Mark Treveloni and Mike Jenney bring to Alter der Ruine and their various other projects. You can feel the hours of painstaking work that have been involved in mixing and perfecting each track, and this is both appreciated and very welcome. ‘Poltergeist’ for us stands out as a great example of a well-designed and executed dance track, with the additional layering of a minimalist piano melody creating a wonderfully haunting yet beautiful atmosphere.

Lyrics delve into the usual black abyss of inspiration, concerning dark emotional states such as unrequited love, alienation and depression. Whilst not a groundbreaking idea, they fit well enough even if they feel a little bland. This is a shame considering how well the hollow, delicate soundings of Mark Treveloni’s voice fit within the tracks as a complete product.

As a whole this album has a lot to offer for someone interested in industrial music or darkpop in general. As much as we are falling in love with this offering though it feels as though something is missing. The pieces gel well together as they are, but this album needs an innovative twist or different dimension to its sound for Alter Der Ruine to truly make this album a masterpiece and to stand above their numerous industrial peers.

However if this is the album that cements the new line-up, (now with DJ Plastic Disease!) and they can expand and grow from this new effort, then we see a lot to look forward to. A well thought-out, executed and very enjoyable album.