American Head Charge have been prowling the metal scene since 2001 and since then have become known for producing some of the most catchy, hard core music this side of metal. From across the pond they’ve released three albums, and back in 2013 released their EP ‘Shoot’, music that marked their rebirth as they boys came back bigger and better than ever. 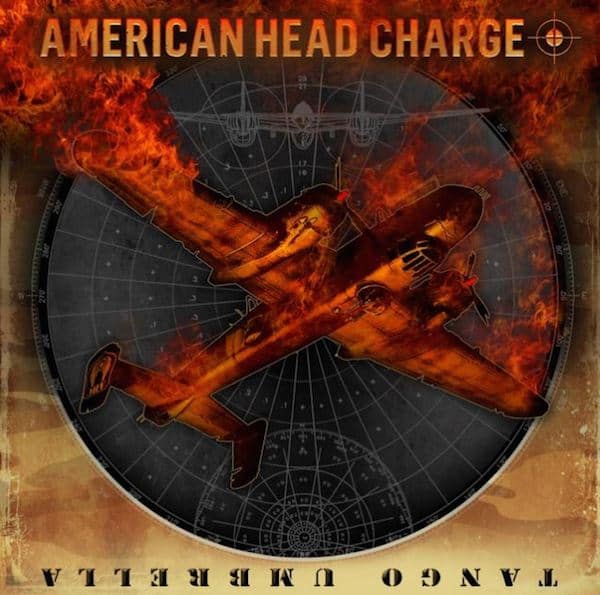 This year, with the help of Napalm Records and the support of over 48 thousand Facebook fans, they’re unleashing their fourth album “Tango Umbrella”. Being the lucky sods that we are, we got our hands on an early copy and gave it a listen.

The album begins with ‘Let The World Believe’, creeping in through the speakers with a whisper of synth before launching into full throttle metal, riffs giving off a strong alt-metal vibe and vocals reminiscent of the likes of SOIL. Next up is ‘Drowning Under Everything’, a crawling steady track with thunderous drums and melodies typical of late Metallica. Perfectionist is a hard and crunchy track that growls with anger, bleeding nicely into ‘Sacred’, which hums with electricity, haunting vocals and a big chorus.

‘I Will Have My Day’ follows, a catchy track which reminds us of how great metal was 10 years ago. It’s a contrast to the next track, ‘A King Among Men’, which slows things down with it’s piano intro and choir of harmonies that build in the chorus. ‘Suffer Elegantly’ (one hell of a title, by the way, boys) beings with strange sounds of nature before the track propels itself back into hard riffs and a beat that stays with military precision.

‘Antidote’ is next and we’re back to those haunting vocals, this time coupled with some sci-fi feeling riffs before we’re thrown into the next track. Next is ‘Prolific Catastrophe’, filled with melodic noise that build and builds into a hard hitting chorus. ‘Down And Depraved’ is a gritty, dirtily distorted track which leads nicely to the finisher When The Time Is Never Right, a monster outro and a profound sort of track, the perfect credit rolling track for this fast paced album.

All in all it’s one hell of a comeback for these metal heavyweights. The album is jam-packed with everything we love about rock over the last 10 years and is sure to bleed the speakers of even the most hard-to-please metal fan.

Tango Umbrella is out March 25 over here.