After a rather colourless and bleak four year wait for electronic rock lovers, the time has finally come. Dynamic electro-heads AWOLNATION released ‘Run’ on March 17, 2015, their first production in four years, and they have certainly delivered the electricity what their fans have been waiting for; well, an electricity without as much thunder. 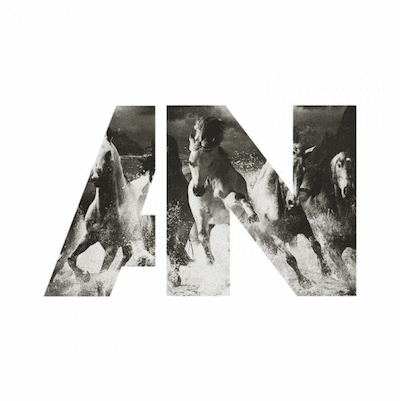 This lengthy production provides the heavy electronic sound that electro-heads will happily head-bang to at their house parties, but AWOLNATION this time have included slightly more harmonious numbers throughout the album, which works beautifully due to the duration of the album; 105 minutes to be precise – and truthfully speaking, 105 minutes of intensive and electrifying rock music isn’t going be of everyone’s taste.

To begin is the heart of the album ‘Run’; which is made a bit obvious by the name. Despite including classical instruments such as the piano and violin, which is a delicate yet powerful touch to the track, listeners are reminded of AWOLNATION’s roots from a sudden burst of heavy guitar riffs and electro-style vocals; the best of both worlds. The electro-power surges, heavy riffs and often powerful vocals are also present in tracks ‘Hollow Moon’, ‘KOOKSEVERYWHERE’, ‘I am’, ‘Dreamers’, ‘Woman Woman’ and ‘Like People, Like Plastic’.

Track number nine of the album ‘Windows’ adapts to the heavy nature in similarity to the tracks previously mentioned, but delivers a very primal sound that consists of chanting vocals and electronic keys; delivering a primal drive that releases the inner animal of the listeners.

‘Jailbreak’ continues the heavy riffs with powerful drums but is slowed down slightly by gentle vocals, piano and the slow beat holding the song together. But this works, and instead of holding the song back, it adds a calm vibe to the usual frantic paces of previous tracks but still holds onto the heavy rock element.

Putting aside the heavy side of the album, despite the compelling energy delivered from these tracks, AWOLNATION provide slightly more toned down yet exciting and varied numbers in the rest of the album. Tracks ‘Fat Face’ and ‘Headrest For My Soul’ are nearly the opposite of electro-rock whilst abiding to an indie/acoustic sound with the use of gentle tempos and acoustic instruments including the violin. These help AWOLNATION mix up the sounds in ‘Run’, and even hint at the band experimenting with new styles; a love or hate for AWOLNATION’s fan base. ‘Lie Love Live Love’, as hinted by the title, also adapts an indie style but with a slight ‘happy go lucky feel’. Nothing wrong with a cheery song to brighten someone’s day, is there?

The release of ‘Run’ provides a classic electronic and heavy rock sound that all AWOLNATION fans will be wanting, but also a break from the constant head-banging techno that warmly welcomes a wider fan base to the electrified doorstep of AWOLNATION.