Having developed a heedless reputation among critics, Cage The Elephant slammed the door on naysayers with 2013’s Melophobia, leaving themselves with a challenge to outshine the critically acclaimed album. Their latest offering, Tell Me I’m Pretty sets out to do just that with ten fully loaded and well-constructed tracks, cemented with the band’s brash attitude that we know and love. 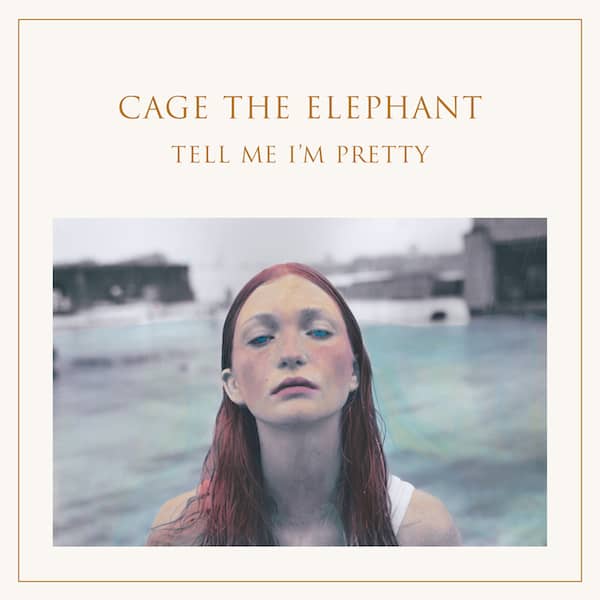 Set for release on December 18, the album from the Kentucky quartet was produced by Dan Auerbach of The Black Keys, who left a noticeable, but tasteful stamp on the sound. Right away we’re pulled in with the familiar old school blues and rock influence of ‘Cry Baby’, fusing simple vocals with a gritty musical sound and different genres. A bluesy intro leads to a classic rock and roll chorus that grinds abruptly to a different time signature riddled with impressive percussion and a psychedelic fade out.

Tracks like ‘Mess Around’ and ‘That’s Right’ bring out an irrefutable Black Keys influence through the production, but unmistakably maintain the sound that has become unique to Cage The Elephant over the years with vocalist Matt Shultz’s conscientious lyrics over lighthearted melodies. The visceral confidence heard in each track is an evolution of Melophobia, with tracks like ‘Punchin Bag’ and ‘Cold Cold Cold’ painting vivid images of destructive relationships and renegade emotions with lingering dynamics and escalating melodies.

Heavier tracks are cut with a gently introduced subtlety in the dreamlike ‘Sweetie Little Jean’ that builds like a compelling story and the standout ‘Trouble’ with equally beautiful guitars and vocals, creating an easy listening atmosphere that still holds the weight of a substantial rock track. Memorable echoes and multi-dimensional lyrics build the façade of a dreamy love song with the heart-wrenching reality of the lyrics ‘Got so much to lose/Got so much to prove/God don’t let me lose my mind’. The fine details in the music of ‘How are you True’ build a beautiful song with subtle hints of guitar peeking out from behind dark vocals, using restraint to showcase the band’s ability to powerfully construct each track.

‘Tell Me I’m Pretty’ is an eclectic and fresh collection from Cage The Elephant that will completely replace anything you thought you already knew about the band’s music.