Philadelphia-born Dave Hause is about to embark on a month long European tour playing his new album ‘Devour’. With musicians Bob Koster (My Morning Jacket), David Hidalgo, Jr (Social Distortion) and Matt Skiba (Alkaline Trio) amongst other big names working on the album, it really raises the hopes for the journey into the “inherent American appetite”, as Dave puts it. “Is it ever enough?” – well, Dave, seeing as you’re begging the question, let’s find out. 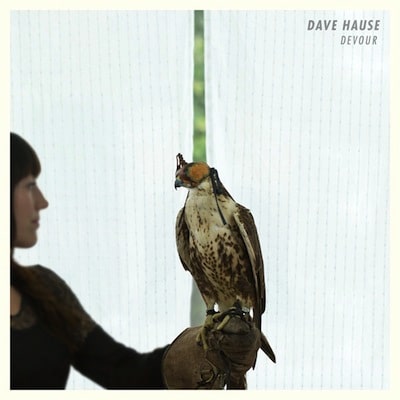 Starting off with ‘Damascus’ there’s an instant feeling of a strong intro song, sounding almost Bruce Springsteen-esque with a more modern spin on it. For the first few songs, there is a very similar train of thought. The politics expressed in the song (Hause himself says that there are political themes running through the songs) could come across as tired if it wasn’t for the passion put into his voice. One issue which you start to find after hearing the first few songs is that they follow a very neat and very safe format. Hause has found a way to express himself through music, but doesn’t experiment too far out of the boundaries of this format, leaving the songs feeling a little bit too over-produced and formulaic.

The album picks up once again at the midpoint with ‘Father’s Son’. Here the predictable beat and tempo we’ve heard throughout the album breaks into a upbeat blues-rock mix with heartfelt lyrics. Similarly, ‘Stockholm Syndrome’ picks up the slack that the start of the album left. The most enjoyable song on the album is by far ‘The Shine’, which has an amazingly catchy chorus and pounds away to a fantastic beat.

So, “is it enough”? Hause certainly knows what he’s doing on ‘Devour’, but the overly formulaic style of the first half of the album and a few of the latter songs really hurts the experience. The music definitely supports his folk-punk style singing voice, but the instruments lack the spark of excitement needed to really make this a fantastic album. Although it definitely improves massively in the middle of ‘Devour’, it’s not enough to lift it up to new heights. The album is a good listen, and has some really catchy tunes, but the fact it is played so safely and lacks experimentation brings it down. With such an all-star cast of musicians by Hause’s side, you expect more. Sorry, Dave. This time, it’s just not enough.