‘Cult For The Haggard Youth’ is the debut album of the Sheffield-based band, Dead Harts. The album demands your full attention throughout the whole of the half hour running time. With its cocktail of genre influences of hardcore, metal, punk and prog, the album delivers chaotic energy with each and every track. 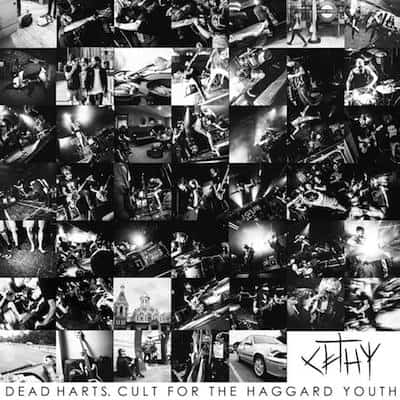 The album is set out in eleven intense filled tracks of pure passion and energy, each song is equally as powerful in grabbing the audience’s attention and keeping it.  ‘Pit Talk’ introduces the nature of the band with a mind-blowing near-three minutes of epic guitar riffs and breakdowns that would throw anyone into the band’s lively vibe.  This vibe continues to make its impression throughout the entirety of the album with many great tracks such as ‘Stripptease’, ‘Leech’ and ‘Nosebleed’.

The record makes its presence known with a range of influences; the aforementioned ‘Leech’ is a standout, lyrically unleashes brutal hatred towards a person that uses others for personal gain, and the song is filled with aggression and pure passion. This definitely deserves to be played at an unapologetic full volume blast to appreciate the full extent of the band’s talent.