This month saw the release psychedelic-noise outfit Dead Waves’ third studio album, the hard-hitting ‘Living Inside’. The trio from New York draw influence from proto-industrial bands, as well as grunge, goth and shoegaze, to create something truly unique. It is safe to say that this album is a brave departure from the more straightforward rock and roll vibes of Oracles of the Grave/Promise and Nature. This is probably because it was produced by Martin Bisi, who has worked with the likes of Sonic Youth, John Zorn, and Swans. 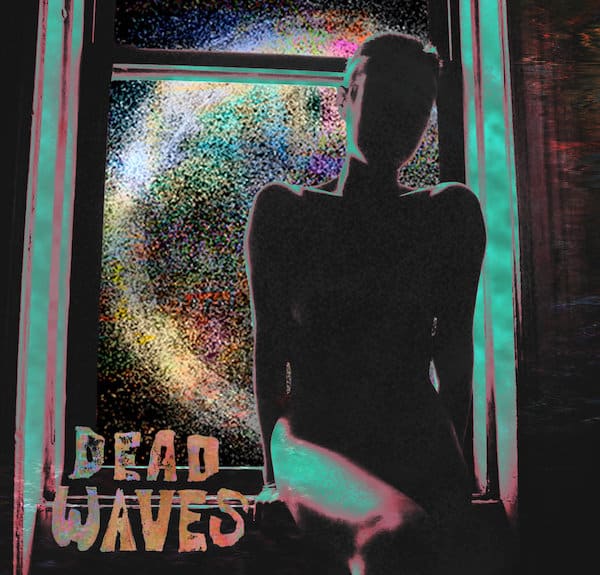 In their press bio, they describe their music as transcendental post-punk; an incredibly apt phrase that I can use to describe this record in a nut shell. Barely halfway through the first track ‘Asteroid Akouseme’ and I am overwhelmed with thoughts of apocalyptic landscapes, droning machinery, and the nihilistic chaos I associate with early pioneers of industrial music, such as Einstürzende Neubauten. This is the kind of music that makes you want to get fucked up and contemplate the end of world. Erratic, screaming vocals instantly destroy any connection to comfort and place you in a harsh industrial world surrounded by cries of the damned.

The Pixies influence is boldly and unabashedly heard on the second track, ‘4 to 5’, which has a distinctly more prominent guitar sound and focus. A similar grunge sound can be heard through the title track, ‘Living Inside’, with droning, sludgy guitar parts contrasted against Teddy’s high pitched, strained vocals.

The vocals on track 6 ‘Laundromat Goddess & The Armchair Gods’ range from theatrical Sisters of Mercy-esque crooning to the angry, desperate screams. It is an at once threatening and alluring and begs for action.

The sheer range of influences that Dead Waves have utilised to build this record makes it a real gem for all occasions and it will be enjoyed by fans spanning across a multitude of genres. Short and snappy, it non-the-less makes an impact on the listener that will last for a while. One thing’s for sure, it will do a lot of things to your body. It will open your eyes and maybe churn your stomach a little.  But isn’t that the mark of a fantastic piece of noise art?