Following their 2007 self-titled debut album, Emigrate are back with their latest offering, ‘Silent So Long’. Emigrate front-man and Rammstein guitarist, Richard Kruspe has set out to revive the collaborative spirit of the East German punk scene he grew from with ‘Silent So Long’ through impressive guest vocals scattered around the eleven track album. 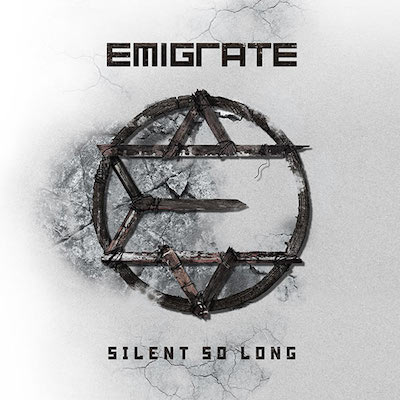 With metal juggernauts like Marilyn Manson, Lemmy Kilmister of Motorhead and Jonathan Davis of Korn lending their vocals, Emigrate have created a lyrically potent and awesomely harrowing musical journey that we don’t want to end. However, the album shows varying levels of influence from each guest vocalist starting with the funky and melodic impressions of Seeed’s Frank Delle in ‘Eat You Alive’, a dark yet lively track that sets the bar very high for the remainder of the album with a solid, volcanic sound building up to Delle’s vocals and exploding toward the end of the song.

The collaborative vibe of the album only strengthens through the presence of different influences and personalities such as Canadian singer Peaches in ‘Get Down’. The track contorts the idea of metal through dynamic synth beats and enticing female vocals, perfectly paired with Kruspe’s unique tone for the majority of the song, resulting a fiery eruption of metal and electro sprinkled with a shredding guitar solo and abrupt ending. The album takes a heavier turn with ‘Rock City’, featuring Motorhead’s Lemmy Kilmister who lends a classic punk sound through his iconic vocals in this fast and unforgiving, but somehow still unique song.

The collaborative spirit continues to shine throughout the album even through tracks without featured guest vocalists such as ‘My Pleasure’. This is a heavy track right out of the gates that has a tone of 90s grunge mixed with 80s hair metal through frequent group vocals and rocking guitar solos bound together with roaring vocals and a wistful vibe of anger and anti-establishment.

‘Silent So Long’ has a rare ability to weave together tracks of different genres in an almost seamless and cohesive way. No two songs on ‘Silent So Long’ sound the same, or even similar for that matter, and it just works.