Boom. Woah, what an agonizing wait it was for this one. But here we go. More Expire goodness. Or rather, greatness. Or better yet, total awesomeness in the name of hardcore. Now I’m not one to talk about track time too much, but just look. Most of these eleven newly treasured tunes have a significant bump in length. Know what that tells ya? That this band are branching, and not out, but up (hmm, phallic), with ‘Second Face’ their longest track to date. It’s a banger, too, with some of the coolest moments I’ve heard in hardcore all year. Essentially, and with a description that’s so uncomplicated that it’s actually stupid as fuck, Expire’s new album is a collection of intense heaviness garnished with dark albeit identifiable lyrics. The pinnacle of this band. 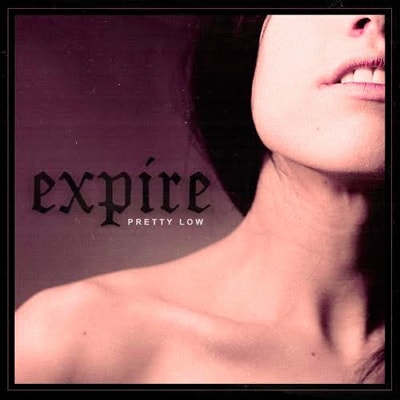 To ours, and certainly Bridge Nine’s delight, these tracks are monsters. Angry, ugly beasts of destruction. It’s a joy to hear Josh Kelting’s vocals ripping and roaring into maniacal new levels, Zach Dear’s furious guitar distorted to all hell, and the raw drums thrashing garages into ash. It takes a few listens to get into, but that’s The Way It Is (Hello, Backtrack) with bands whose lyrics and messages mean so much to you. You don’t just dive in and plough through again and again like a madman, you take a just pounding from each song, and keep your crazy offhand opinions to yourself until they’ve morphed into grandly and expertly moulded ones (Long story short, I’m sorry for being late with this review.)

Opener ‘Pretty Low’ swings you straight into hell, and before you’ve consciously realised it, you’re back inside Expire’s dark mindset. The song has highs and lows, both vocally and musically, and it’s over in a flash. ‘Just Don’t’ follows with a startlingly steady opening, but that quickly changes as the drums kick in full force. A third in, that moment built purely out of bass, drum and vocals brings back that rawness that made tracks like ‘Anchor’ so captivating. Kelting in particular grabs your attention in ‘Fiction’, those ‘Holy fu** I’m losing my mind!’ vocals pulling you along with the song. It’s short and sweet too. Replay!

Next, ‘Dig Deep’! Wait, no. It’s just the opening with more fret complexity. I was a little disillusioned by the similarity at first ear glance, but when the main body kicked in I realised that this is something quite epic. ‘Old Habits’ however, is the birth of something new. It retains the ‘Grim Rhythm’ tone and yet the main riff threatens to step into that tiny cross section between hardcore and metal – but don’t fret, this band aren’t rocketing away from punk like how Cancer Bats did – it soon speeds up until you’re practically tasting the midwest air. Next comes ‘Forgetting’. It’s badass. Enough said.

It’s never a bad time to hear more of what you love. ‘Pendulum Swings’ was a dark, vicious beast, ‘Pretty Low’ is a darker beast, more vicious still, with sharper claws, and a pointier hat. Things are heating up. Could ‘Pretty Low’ be Expire’s signature? Only time will tell.