Album Review: Finch – ‘Back To Oblivion’

After a lengthy hiatus and a nine year gap between albums, California screamo band, Finch, are back in the game with their third album, ‘Back To Oblivion’, set to be released this September. 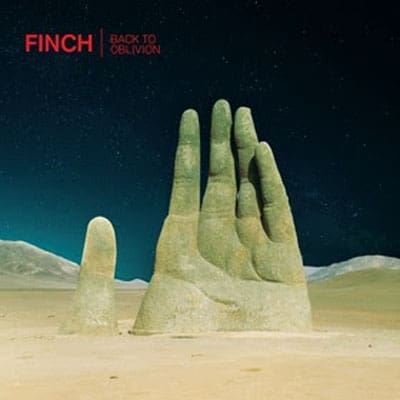 When a band release as big of a hit as 2002’s ‘What It Is To Burn’, it can make it difficult to break away from any preconceived notions and reestablish themselves with new music, but ‘Back To Oblivion’ delivers a different and slightly more mainstream sounding reintroduction to Finch after much anticipation.

The album offers a fantastically familiar sound that produces a perfect combination of equal parts comfort and unease, starting with the album’s title track. Kicking off with a piercing guitar intro, this track gives us a brief but revealing glimpse into the style and tone of the majority of the album. The mainstream and ‘poppy’ sound that hovers over the twelve song collection is a glaring contrast from the band’s previous two albums as heard in tracks like ‘Us Vs. Them’ and ‘Tarot’, stacked with welcoming guitar riffs and an overarching safer sound.

However, as expected when a band returns from a hiatus of any period of time, let alone nine years, Finch’s sound and lyrics have matured and showcase a new development in the band while maintaining the key parts of the sound that created such popularity for them twelve years ago. Vocalist, Nate Barcalow, proves in each track that his vocal range is every bit as impressive as it’s ever been in tracks like ‘Further From The Few’, a solitary thriving and furious track that breaks free from the mainstream sound held by the rest of the album and unleashes a beautiful marriage of post-hardcore and screamo, offering up a healthy dose of nostalgia.

To balance the fast paced and, in some cases, heavy tracks of the album is a welcomed contrast in what can be interpreted as the album’s ballad, ‘Murder Me’. This song really balances the album, from Barcalow’s maleficent vocals to the ominously beautiful musical display from the band. Despite coming back with a different sound, we have to say, it fits. With ‘Back To Oblivion’, Finch have managed to start a new chapter as a band while keeping the integrity of the music intact, leaving us more than excited to hear what’s to come from the band in the future without getting our hopes up, of course.