With a career span the length of Ginger Wildheart’s and his vast wealth of musical experience, there’s a certain quality you come to expect. Sadly, some of the legends that’re still releasing music aren’t living up to the dizzy heights they once reached. We’re happy to confirm that ‘Albion’ does not fall into that category. 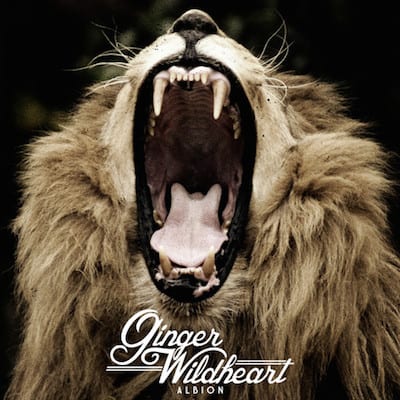 Album opener, ‘Drive’, sounds a lot like AC/DC’s ‘Thunderstruck’ for a few seconds, but after a brief double take the song moves on and that’s as far as the similarities go. ‘Drive’ brings the feel good factor with a real fun pop-rock vibe that is a part of what we expect from anything with Ginger’s name on it. ‘Grow A Pair’ continues with the the pop-rock sensibilities that run through the spine of this album and brings the pop-punk, with bold lyrics like, “You don’t have to be a dickh*** all your life” that could’ve been take straight out of a NOFX song. It’s not that straight forward though, there are plenty of subtle and some not so subtle progressions throughout the album, all of which keep it fresh and intriguing to listen on.

One of the not so subtle progressions is ‘Cambria’ which is a drastically heavier song but blends in a infectiously catchy chorus which completely juxtaposes the previous heavy riffage. Lyrically there’s a cheerful youthfulness throughout the album that contrasts well to the older more traditional pop-rock sound that we’re accustomed to hearing from Ginger’s works. ‘The Order Of The Dog’ boasts a minute long instrumental intro amongst a backing string section with soaring and plunging tempos that give the song a relaxed progressive ambiance. Tracks like ‘The Beat Goes On (Caledonia)’ and ‘Creepers’ have moments that are reminiscent of the big, anthemic, sing-a-long moments that Biffy Clyro have become known for in recent years. The most bizarre thing about this album is the self-titled track, which halfway through turns into a female lead, Christmas-ish song before bombing back into a sleazy, heavy riff and then begins playing around with some synths and electronic lead music…an interesting mix, to say the least!